The Ancient Civilizations incense kit is an ultra limited edition incense that combines knowledge and recipes from ancient literature with incense blending experience. Most of these incenses are made with mild or heavy fermentation techniques. Ancient scents recreated, with each of the incenses in this kit, reminiscent and projecting the atmosphere/experience of more than a thousand years ago.

Incenses are 3 grams each. there are total of Five incenses in this series, namely :

Ancient China - The Palace Halls (do note that the white powder is ultrafine borneol.. and not mould..)

Ancient Japan - The Garden at Ryoanji

The incenses are all made and ready but just not packed yet. Will be posted out estimated 2nd January 2020 so that they will not be caught in the christmas/new year postal back log.

Ancient Egypt - The Temple at Edfu 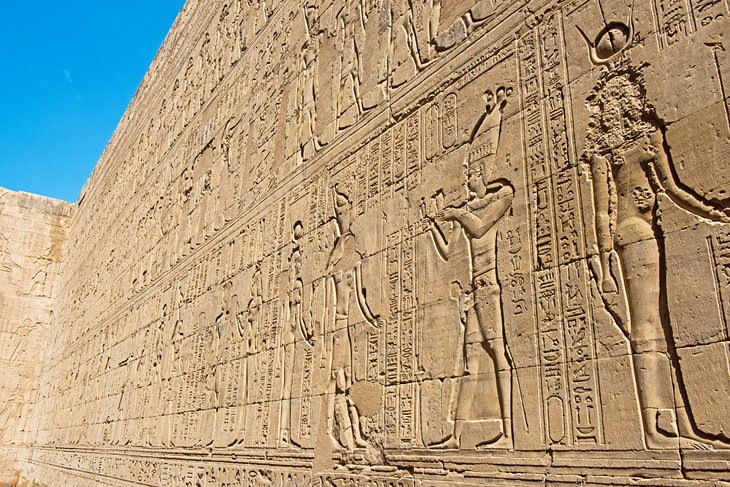 “The scent of holiness, a rich resiny, harmony. Swinging thuribles, billowing perfume into the air. The finest resins sending communication to the higher gods above"

A Kyphi-type of incense recreated from concept refinement of the kyphi recipes written in hieroglyphics on the walls of the Temple of Horus at Edfu. Based on studying the scent profile of many excellent kyphi incenses made by different incense makers, and the experience in incense stick making/fermentation, this incense is re-created to present a snippet on how the temple would have smelt like, when the Pharaoh makes a scented offering in a hand held censer. High quality resins and ingredients from the region, amalgamating them into a harmonious balance through gentle fermentation. Best experienced in the evening, unwinding and relaxing in this scent.

“White washed walls, golden sun rays casting a silent serene glow. Spinning prayer wheels, the percussive handheld damaru drums, the gentle hum of deep throated lama monks in their own melodic incantations punctuating the serenity with regular rhythm. Looking out of the windows at Potala Palace, one cannot help to but feel extremely small in this great vast mountain wilderness.”

This is an incense that is recreated from some interpretations from the Djarong Family Medicine/Incense manual, built on the foundation of materials that Tibet would have access to since 500AD either through domestic production or through regional trade on the Silk Road. Apart from fine water milled tibetan juniper wood which forms the fundamental base in most of the incenses in that region, a unique grass, the Grass of Ganden Monastery other wise known as Ganden Grass, is another integral and historic ingredient. Legend has said that there was ongoing airborne illness in the tibetan plateau and a famous monk, Lama Tsongkhapa, had plucked strands of his hair, made a prayer and casted it into the wild. Ganden grass grew, and this grass when burnt, the scent could purify homes and the air, helping eliminate disease. In terms of the incense processing, a low temperature fermentation was carried out, just like how it was described in the Bhutanese incense factories, how the incense dough was allowed to gently ferment (heated by warm vats of water in their case as it is cold there, but in singapore a warm country we need to cool the dough instead). Once it reaches the stage where hints of floral/fruit appears, gum guggul or commiphora mukul is used to quench the fermentation and used in the incense recovery process. With the mixture of materials and methods, presenting to you the Altar of Potala. Best experienced with an open window, with a cold or cold breeze in winter. “The vast hallways with tall towering red cinnabar pillars, have huge bronze censers at different intervals. Skylight pours in from open squares in the roofs, through which the cold winter breeze blows in, across the hall way, carrying along wafts of incense. Orchids on a long curved stem, creamy white, some regions of pink and deep colour, quivering gently, hints of delicate ethereal and almost invisible floral tones. The twirling silken scarves of the courtesans, delicate skin of porcelain and powderfine textures.”

This is one of the incenses that took six months of planning, because the core materials that went into this incense, was made into a huge nerikoh (kneaded incense ball) with honey, and allowed to ferment or six months before it was crumbled down to be blended with other ingredients for extrusion into incense sticks. Essentially this is one of the first sticks from KZ that uses almost pure-fermented nerikoh to make. The recipe was reconstructed from the Tang Dynasty Chen Family Incense Manual, and one of the most intriguing things about recipes from this period, is the copious use of musk. So in this nerikoh, real deer musk was added, the incense mixtures kneaded with chinese honey for fermentation. The result of this is a powdery, dense, heavy weighted and airy incense. Another key ingredient of incenses in the Tang dynasty, China, is Dragon Brain otherwise known as 龙脑. The four most important incense ingredients in China historically is 沉檀龙麝， of which it translates as Agarwood, Sandalwood, Dragon and Musk. On the contrary to popular belief that the dragon here should refer to 龙涎香 or ambergris, this is a big mistake as the dragon in this saying, refers to 龙脑, or dragon brains / borneol, one of the most important trade ingredients during the history of china and japan for many centuries. The book “Dragon Brain Perfume” by R.A. Donkin is excellent literature on this subject. From the Tang Dynasty manuals, one can see the great importance of Borneol in many of the recipes, but little use of ambergris. In my early experiments, I would have added borneol into the nerikoh for fermentation or into the dough for incense extrusion, but with sufficient experience now, adding borneol too early can affect the fermentation outcome, and having the borneol into the dough will shift the balance too much. As such in order to present the touch of a historical nerikoh scent that could have perfumed the halls of the imperial palaces over a thousand years ago, I decided to coat the outside of the incense sticks with a thin powder layer of finely ground borneol from west borneo, indonesia. So do not be alarmed to see the surface having patches of powdery white, it is not mould, but fine borneol powder. The other ingredients include agarwood, sandalwood, musk and some herb/spices documented in E. Schafer’s 1963 publication, the Golden Peaches of Samarkand, a book that studies and describes the Tang Trade. This incense will most likely be not remade again in the many years to come due to the complexity. Best experienced in still air, room temperature. “Clarity and focus, alone in the study, far from distractions, a quiet background becomes a playground for the mind. Chinese ink brushes hanging off the square frames, seals with bright red cinnabar, a rectangular inkstone with a puddle of ink, fervent brush strokes on the pale rice paper. A large golden censer sits on its own pedestal in a corner, with slivers of white smoke rising and dancing in the air like a dragon. This incense has timelessly told the time, for centuries.”

The scholar’s study was a place for higher consciousness, where works of art were painted, where poems were composed, where texts were read and revisited time and again. The scent of a scholar’s study, is the scent of good ink (which contains musk and camphor), scent of old books, and the scent of incense that the scholar would have had used to keep or tell the time. Since the Tang/Song dynasties, incense powder trails were laid down in censers using stencils, and as the trails burn, they give an indication of the amount of time that had passed. In the Ming Dynasty, incense sticks were born, replacing the use of trails over time. This recipe is the “Revering the Buddha incense stencil”, one of the twenty or so stencil recipes that date back to the Tang/Song Dynasty, re-recorded into 香乘 in the Ming Dynasty. The scent is layered, with a holographic oudy agarwoody presence that is light, crisp, and not overly cloying. Best experienced in a large space, with some gentle moving air.

Ancient Japan - The Garden at Ryōan-ji 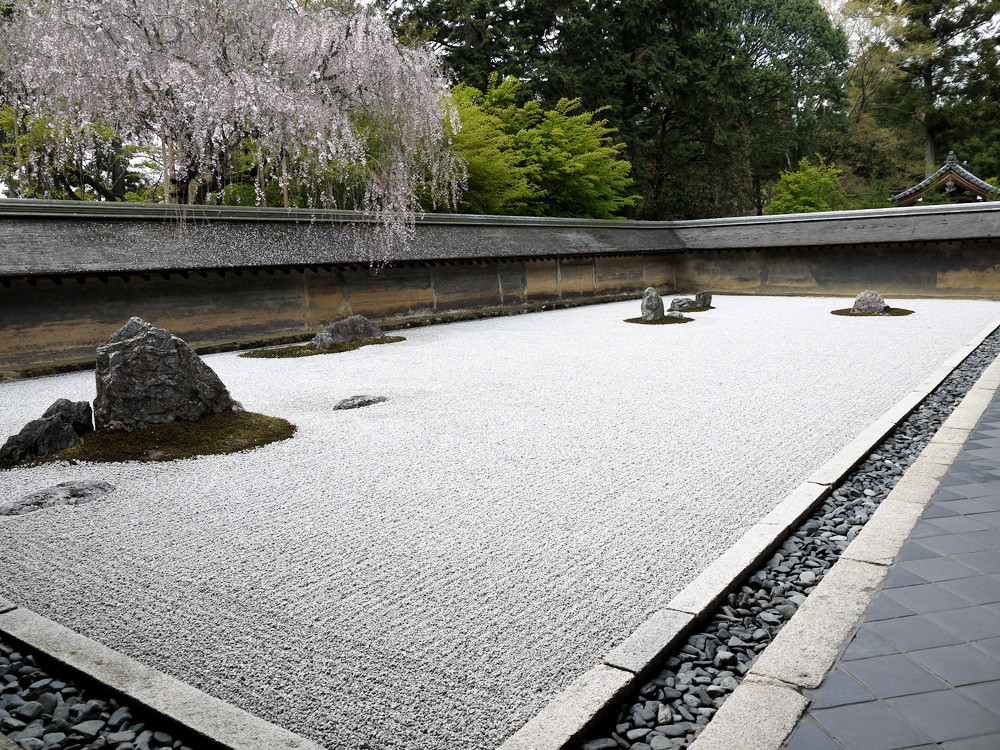 “The silence envelopes the gentle trickle of a water feature, that aside, it was so quiet that one could hear the murmur of one’s heart, and the heaving of every breath. with every heave, the worries exhaled, disappearing, and one finds contentment. Silky, sweet, deep, mesmerizing slivers of smoke“

Ryōan-ji is a Zen Temple in Kyoto, famously known for its dry landscape Zen garden where fifteen stones are being placed. The stones are placed in a way that no matter which angle you attempt to look at the garden, you cannot see all the stones. In order to create hints of refineness, nobility, but yet an expansive body, high quality agarwood used in this, was cleanly soaked for a week before usage into this incense making.  Best experienced in a medium confined space, and best used whenever one is looking for peace and serenity.